How to Draw a Pig (Cartoon) VIDEO & Step-by-Step Pictures Please PAUSE the "How to Draw a Pig (Cartoon)" video after each step to draw at your own pace. Step 1: Draw two short, curved horizontal lines for the bottom part of the cartoon pig's eyes. Draw a small arc on top of each line for the top part of the eyes. Sketch lightly at first so that you get the shapes right. You can make the pig's eyes bigger or smaller if you'd like. 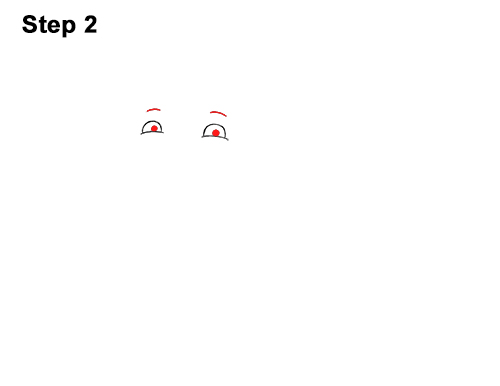 Step 2: Draw a small dot inside each eye for the pupils. Draw a short, curved line above the eyes for the pig's eyebrows. 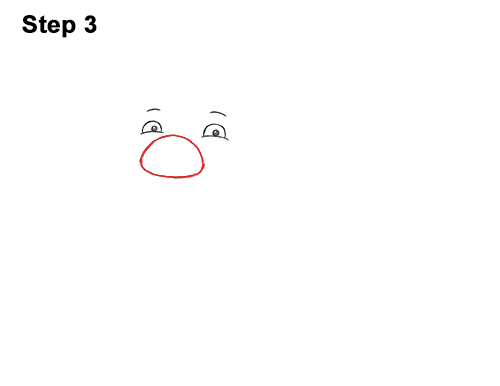 Step 3: Below the eyes, draw a big arc for the top part of the nose. Don't draw the pig's nose in the middle between the eyes. Draw it closer to the left side. Add a long curved line below for the bottom part of the nose. 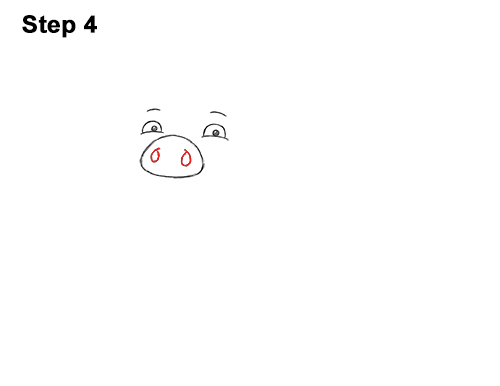 Step 4: Inside the pig's nose, draw two small ovals for the nostrils. 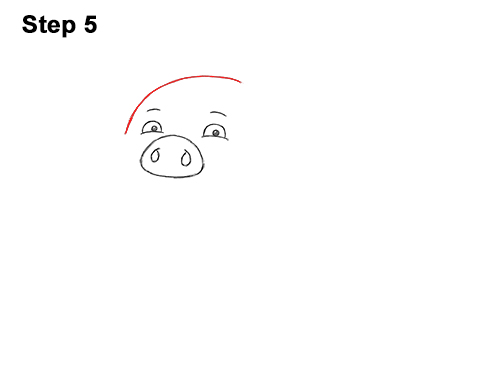 Step 5: Draw a long curved line above the eyes for the top part of the pig's head. Curve the line so that the left end is near the eye on the left.