In this free art lesson, you'll learn how to draw a cute cartoon Puppy with a Santa Claus hat for Christmas.

To draw this cartoon Puppy step by step, follow along with the video tutorial below and pause the video after each step to draw at your own pace. You may find it easier to follow the step-by-step drawings below the video. The new lines in each step are shown in red, so you'll know exactly what to draw next. You may want to open the video in a new tab and use both drawing methods. Take your time and draw at your own pace. 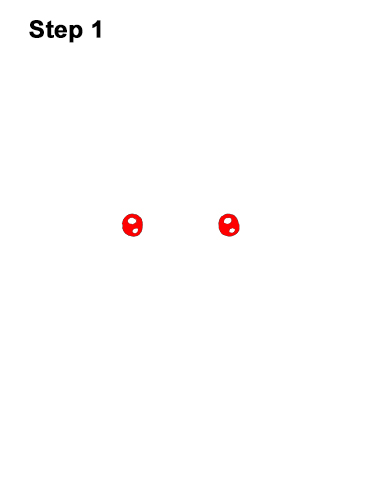 Step 1: Draw two small ovals for the Christmas puppy's eyes. Sketch lightly at first to get the shapes right. Inside each eye, draw a couple of tiny circles to represent highlight. Shade the eyes but don't overlap the tiny glare circles. Don't draw the puppy's eyes too close together. Make them equal size. 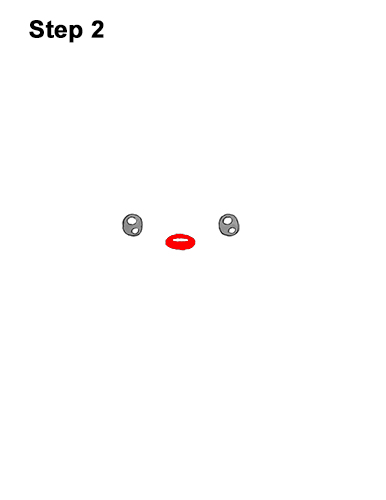 Step 2: Between the eyes, at the bottom, draw a sideways oval for the puppy's nose. Draw a smaller oval inside for highlight. Shade the nose except for the glare oval. 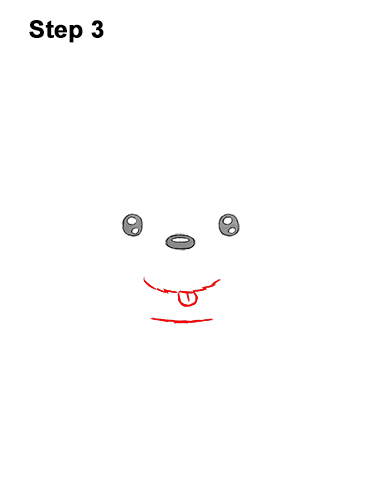 Step 3: Far down below the puppy dog's nose, draw a curved line for the smiling mouth. Draw this curved line using a series of short strokes to represent fur. Under the mouth, draw a small U-shaped line for the Christmas puppy's tongue. Below that, draw a longer line for the chin. Step 4: To the left of the puppy's eyes, draw a short, vertical line for the side of the head. Below that, draw a curved line that's made up of smaller angled lines for the dog's cheek. 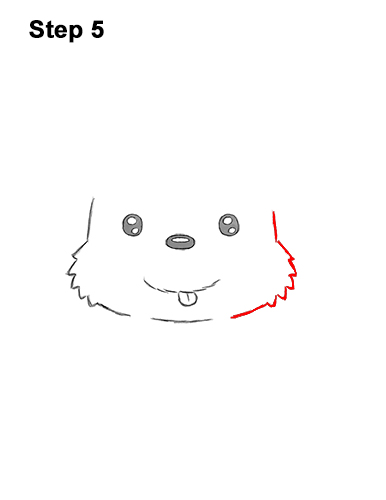 Step 5: On the right side, draw a similar shape, only inverted, for the other side of the puppy dog's head. Make both sides as equal to each other as you can. Don't connect the bottom lines to the chin.