How to Draw a Bull (Cartoon) 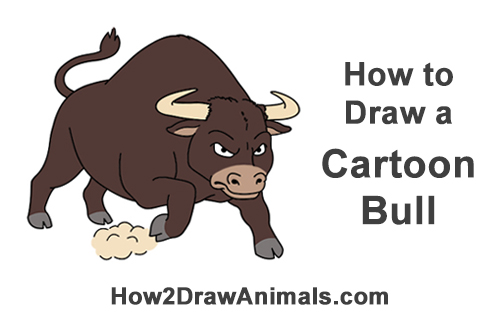 Please PAUSE the "How to Draw a Bull (Cartoon)" video after each step to draw at your own pace. 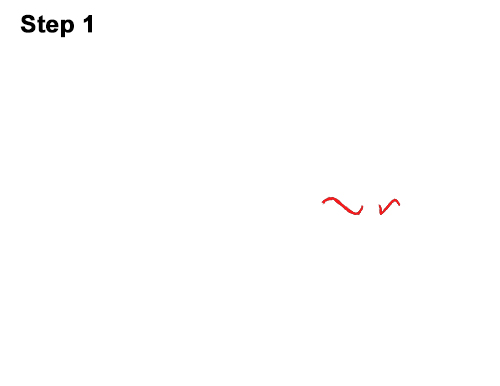 Step 1: Draw a short diagonal line for the bull's first eyebrow. Now draw another short, diagonal line facing the opposite direction for the second eyebrow. Curve the outer tips of the eyebrows down and the inner tips up. Don't place the lines too far apart. 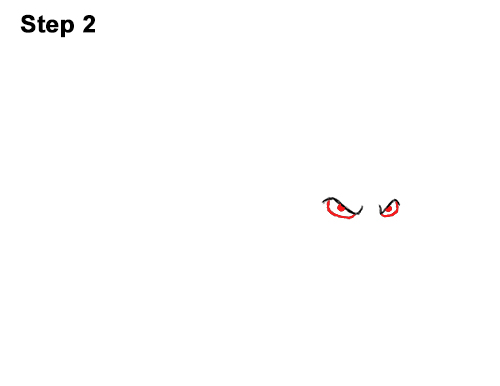 Step 2: Below each eyebrow, draw a curved line for the bottom edge of the eyes. The bull's eye on the right should be a bit smaller because of the angle that the head will have. Inside each eye, at the top, draw a small dot for the pupils. 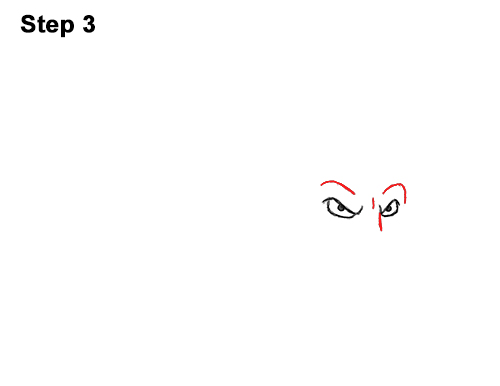 Step 3: Draw a curved line above each eye to emphasize the cartoon bull's thick brow. Draw a vertical line under the eyes, near the right, for the bridge of the nose. 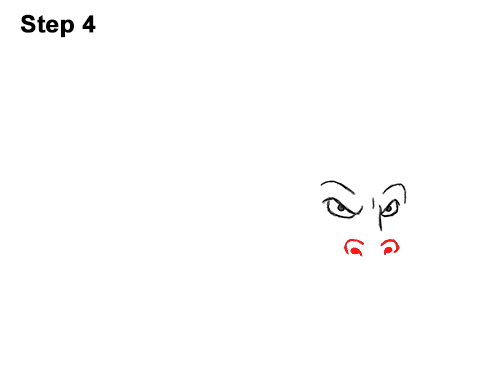 Step 4: Under the eyes, draw two small circles and shade them in for the nostrils. Don't draw the nostrils too far down or your bull will have a long face. Add a curved line over each nostril. 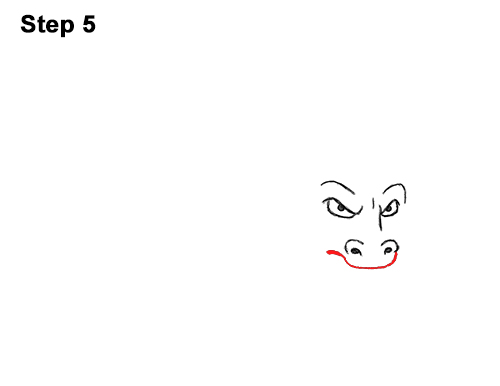 Step 5: Starting below the nostril on the right, draw a line that curves to the right to create the mouth. The bull's mouth should extend toward the right and end next to the other nostril.