Please PAUSE the "How to Draw a Cartoon Bulldog" video after each step to draw at your own pace. Step 1: Draw the cartoon bulldog's nose by first drawing a short, curved horizontal line. The bottom part of the nose consists of small, curved lines overlapping each other to form the nostrils. The resulting shape of the nose should be similar to an oval. Step 2: Draw a diagonal line that starts at the top of the nose and moves left for the first eyebrow. Curve the left tip of the line down and the right tip up. Draw the bulldog's other eyebrow the same way but make the line a bit shorter because of the perspective. 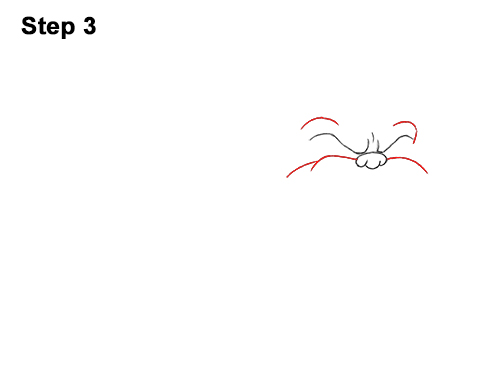 Step 4: Draw two curved lines on either side that connect the brow to the muzzle to complete the shape of the eyes. Inside each eye, draw a big dot for the bulldog's pupils. 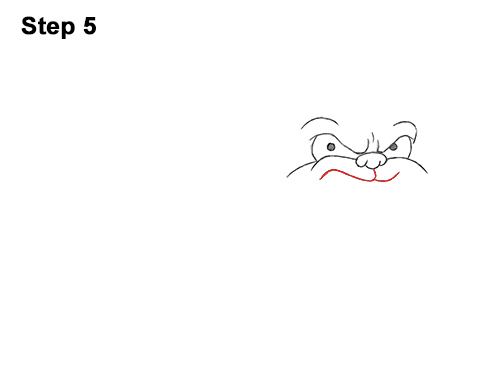 Step 5: Under the cartoon bulldog's nose, draw a line that curves to the left for the top part of the mouth. Add a shorter line on the right for the other side of the mouth.